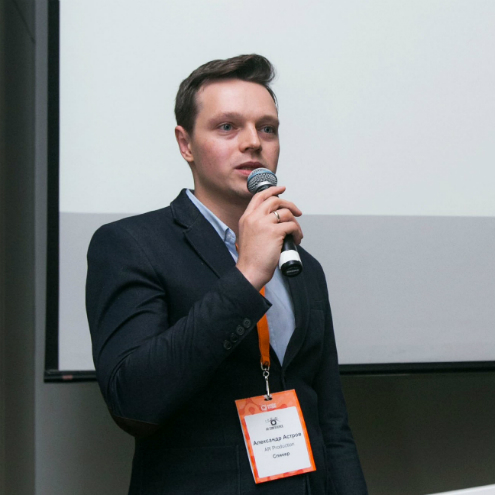 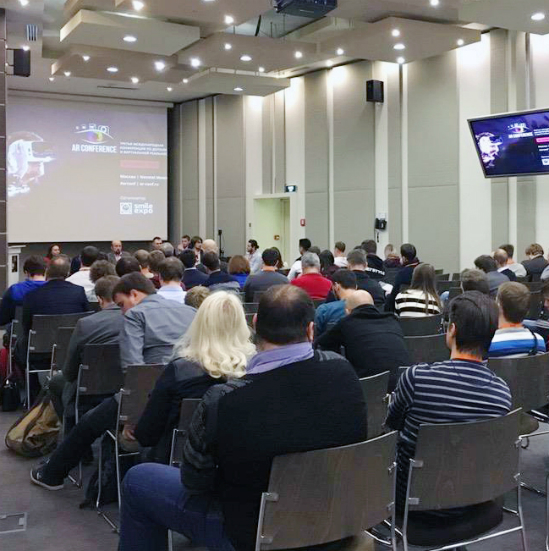 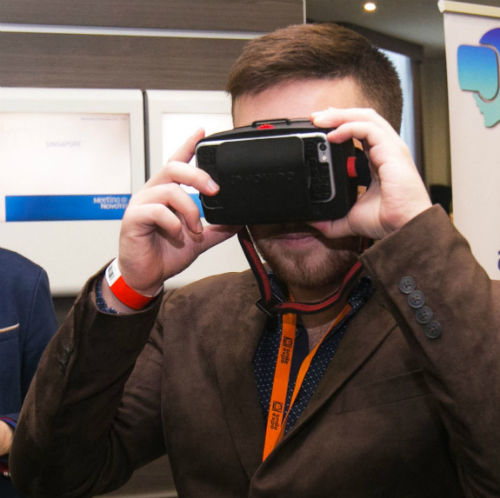 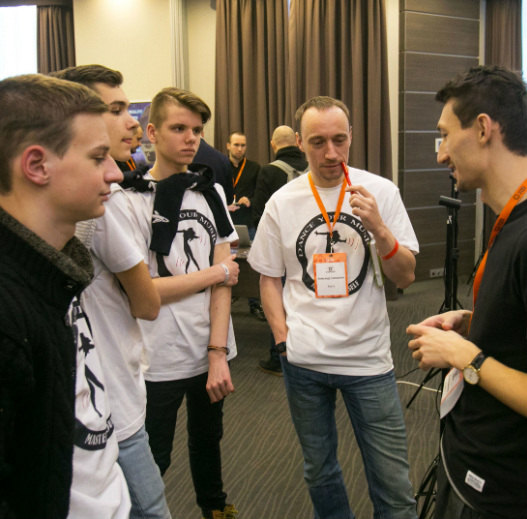 On November 30, 2016, Moscow hosted conference and exhibition AR Conference that brought together developers, businessmen, representatives of digital agencies and technology evangelists in order to discuss the up-to-date AR/VR trends.

The conference highlighted the main aspects of the use of virtual and augmented reality technologies in various business spheres. Over 350 people attended AR Conference! Twenty reports were presented, and a round table was held.

The event was organized by Smile-Expo event company that specializes in the organization of business and entertainment events in Russia, the CIS countries and Europe. Its scope of interests focuses on innovations and modern trends.

Up to 40% of conference attendees were developers of technological devices, over 30% – business representatives, and another 30% – marketing specialists.

Over 20 speakers presented their reports and spoke about the future of AR/VR industry in Russia. They covered the topic of product promotion from the perspective of marketing agencies, as well as industry specific companies (AR production, PWRG, Youde Group).

Speakers also reviewed the import substitution issues (VR COncept), trends and prospects of virtual reality usage (Design Dossier). There were reports on the contribution of AR and VR in tourism industry (Piligrim XXI), as well as on the cinema in virtual reality format (Nozon).

At the conference, the topic of interactive sound, which plays an important role in user’s experience, was touched for the first time (Sound design institute). Speakers shared their personal experience, revealed the subtleties of work in the VR/AR market in Russia and globally, and gave recommendations to beginners.

Round table called “The state of the VR/AR market in Russia” was held as part of the conference. Among the participants were such experts as Yekaterina Filatova (Augmented and Virtual Reality Association), Iliya Viger (VR Concept), Kirill Voskresensky (Design Dossier), Nikolay Krayushkin (“Virtualnye Ochki” (Virtual Glasses), and Igor Melnikov (Boxglass). The discussion was moderated by Oleg Yusupov – founder of AR/VR specialists’ community VAMR.

A universal virtual reality headset Homido, which works through a smartphone, was presented. To demonstrate its capabilities at AR Conference, manufacturers presented 6 virtual games with exciting storylines, VR videos and films.

Developer of the first virtual prototyping software in the RF, VR Concept company, also had a booth at AR Conference. With the help of HTC Vive, they offered visitors of the demo zone to view the possibilities provided by the industrial use of VR technology in various sectors.

Belgian company Nozon unveiled the original equipment that allows experiencing unique feelings from virtual reality cinema. One of the main features of their project is the technology that allows acting as one of the film characters.

AR Conference has fulfilled its main mission – to collect local and foreign industry experts for collaborative promotion and popularization of AR and VR technologies in the Russian market.

The event has become an important milestone in the development of industrial technologies in the RF. Sharing experiences, building business contacts, finding investors – that’s only a small part of benefits obtained by AR Conference attendees.