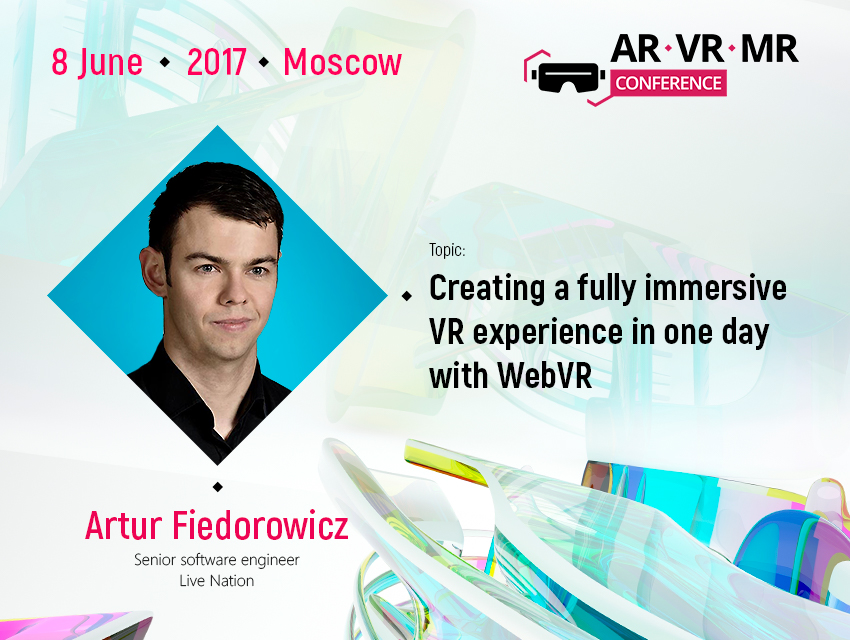 Senior software engineer with work experience in Microsoft, Siemens, and Volvo will arrive from London to reveal WebVR advantages.

Artur Fiedorowicz is a senior software engineer at Live Nation. He has been developing web applications for more than 8 years.

is an application programming interface based on JavaScript. A browser should support WebVR in order to allow watching online content using virtual reality headsets.

will explain how easy it is to create a fully immersive VR product using WebVR. It does not require appointing staff. Everyone is able to explore the interface easily.

The key points of the presentation: