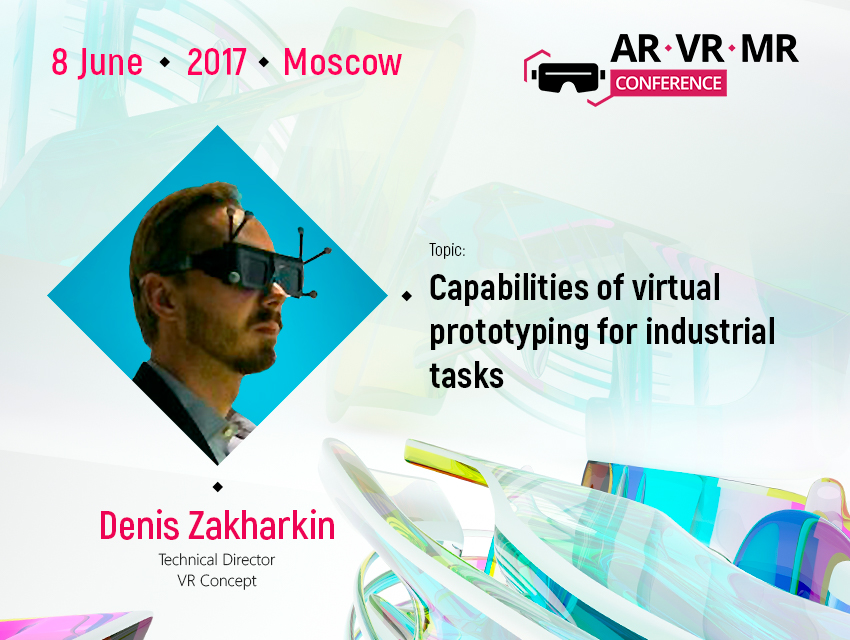 On June 8, the Technical Director at VR Concept Denis Zakharkin will give a presentation. At AR/VR/MR Conference 2017, he will talk about capabilities of virtual prototyping for solving industrial tasks.

The speaker will tell about the advantages of visualizing engineer 3D projects and the unique VR Concept. That’s the only software solution in Russia, which offers a range of tools for working with virtual digital prototypes of future cars, planes, ships, etc. at all stages of the development: from idea visualization to virtual trials and introduction of amendments at the stage of design engineering.

Using company’s case studies, Denis will show the examples of tasks that can be solved with the help of VR technologies in design engineering.

Main theses of the report:

Denis Zakharkin has been engaged in the development of professional VR solutions for over 8 years. He has been working in the fields of machine building, construction, and education. In 2014, together with Ilya Viger, they founded a startup called VR Concept. That’s the only company in Russia that has developed proprietary software for making virtual prototypes and working with them.

Register and become a participant of AR/VR/MR Conference 2017, one of the largest Russia’s conferences on technologies of virtual, augmented and mixed reality.