What’s the difference between VR, AR and MR? 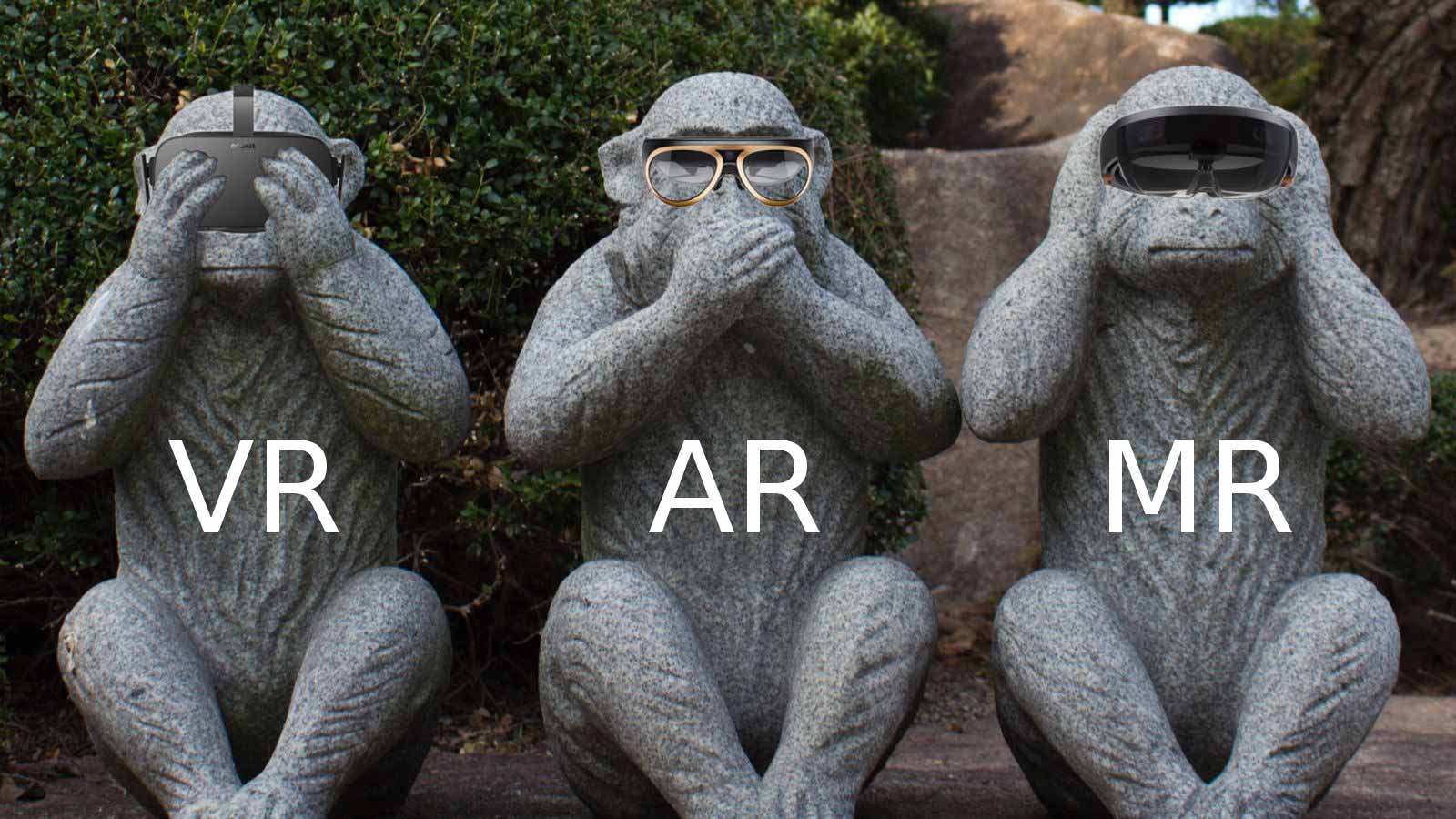 What do VR, AR and MR stand for? Everything’s clear in case with virtual reality but controversies over AR and MR still exist. We will discuss peculiarities of every type to figure out whether there is some difference.

This term is applied to virtual reality created by computer. It reproduces an environment which is wholly different from the real one.

A human “dives” into it with the help of special equipment (typically VR headsets) and cannot see what is happening in the real world. As a result, the effect of being in another place is achieved.

A simple example is VR games. Users put on a VR headset and find themselves in a virtual world they can interact with.

This notion encompasses digital objects displayed on wearable devices which don’t alter the outside world.

Augmented reality doesn’t change the surroundings but introduces some artificial elements (weather forecast or a popup notifying about a received email) into it.

The key point is that digital content isn’t linked to the environment.

Such a reality can be experienced with Google Glass, for example.

Mixed reality is an environment linked to the real world. It is a coexistence of real and virtual objects.

In this case virtual objects linked to the environment are added to the world so that a user can percept them as real.

For example, creating a picture hanging on the wall is mixed reality. A bare room furnished with a virtual armchair, sofa and standard lamp is also mixed reality.

The point of the technology is to join virtual objects which look realistically with the real world.

Maximization of plausibility and opportunity to interact with a virtual object which “lives” in the real world – these are key ideas of mixed reality.

Technologies mentioned above have their similarities and definitions can sometimes seem vague but the fact is that each has its level of immersion into the virtual environment. Perhaps, one more type of reality will be invented in the future.

On June 8, Moscow will host AR/VR/MR Conference 2017 dedicated to technologies of virtual, augmented and mixed realities. Register to become a participant of this innovative event.