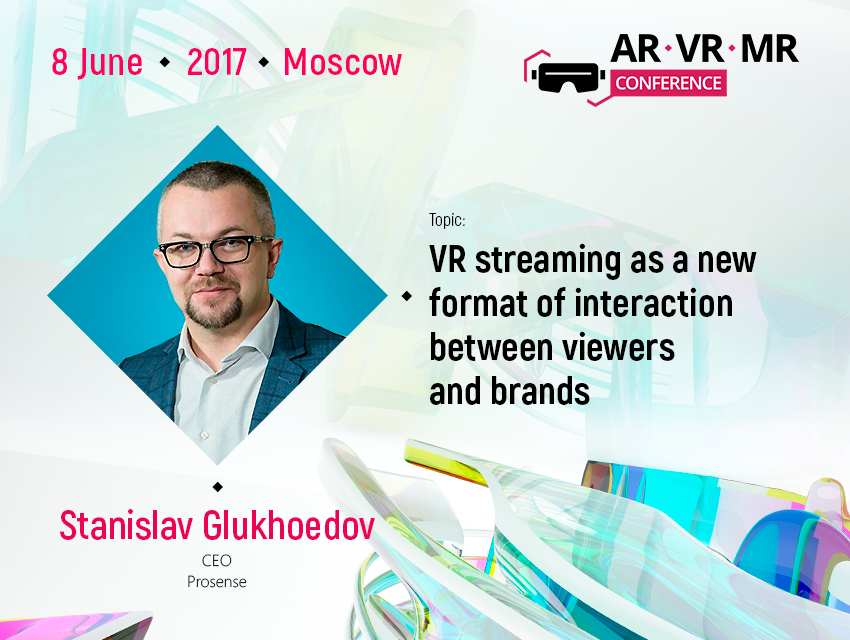 June 8, Stanislav Glukhoedov, the founder and CEO at Prosense VR holding, will speak at AR/VR/MR Conference 2017.

will tell the audience about 360° sports event broadcasting. Prosense allows to watch matchups from three viewpoints in 4K resolution. The solution is great because of allowing to reach a maximum participation and immersion effect.

company has cooperated with Coca-Cola and Continental Hockey League. Based on real cases, Prosense will show how to organize VR broadcasting successfully and give reasons for integrating interactive solutions in videos.

Since 2006, Stanislav has been holding leading positions in the range of companies: 2006 – Chief Human Resources Officer at О’КЕY Group; 2008 – managing partner at the retail chain; 2011 – partner at LLC "Troika Capital"; 2015 – founder and CEO at Prosense VR holding.

Prosense provided VR solutions for international corporations, car brands, cruise companies, and a range of other major organizations. Besides, the company developed its own application, allowing to watch live sports events in the full immersion mode at home.

Become a participant of VR/AR/MR Conference 2017 and discover secrets of successful implementation of the latest technologies in business!