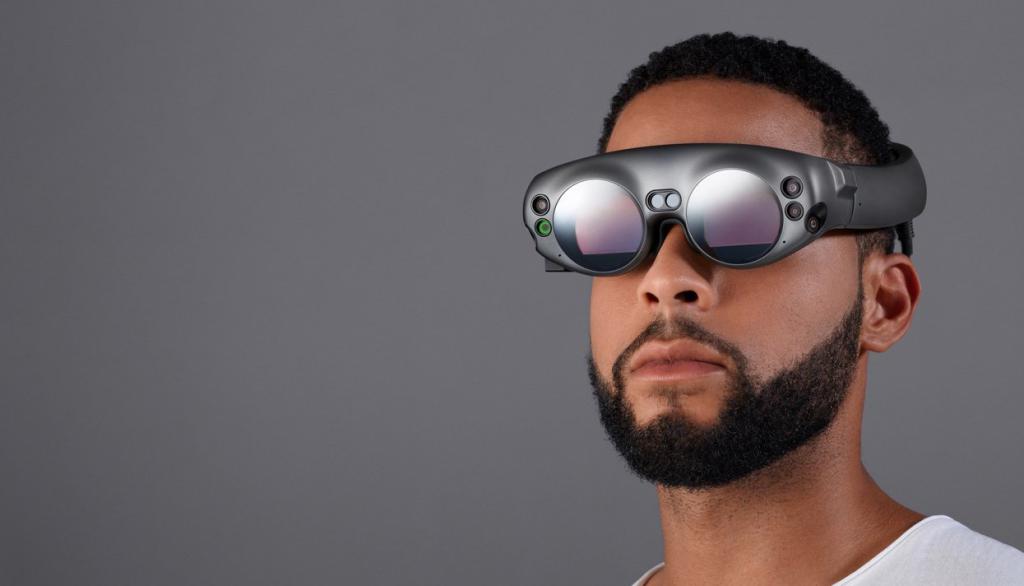 Magic Leap concealed the details of its first augmented reality headset, but has finally unveiled some secrets about the coming gadget.

Magic Leap One is not for a wide audience, but for "creators", most likely meaning developers who plan to create content for augmented reality glasses. The release is scheduled for 2018.

Headset is smaller and lighter than Microsoft Hololens, but it has larger covering area. Magic Leap One comes with a mini-computer as big as the palm, but the power is not inferior to gaming PCs, as well as a touch controller with additional control buttons.

However, you can also control the glasses with your own voice, gestures or even visual direction. The device is good for games, online searching, making online purchases, holding virtual meetings, etc.

The user can attach any visible AR object to a specific place in real space, and it does not move or disappear while he wears glasses.

Magic Leap has always carefully concealed its inventions from the public, while receiving impressive investments from large companies like Google and Alibaba. The total volume of investments is reportedly almost $2 billion.