VR development basics and why it is significant for businesses 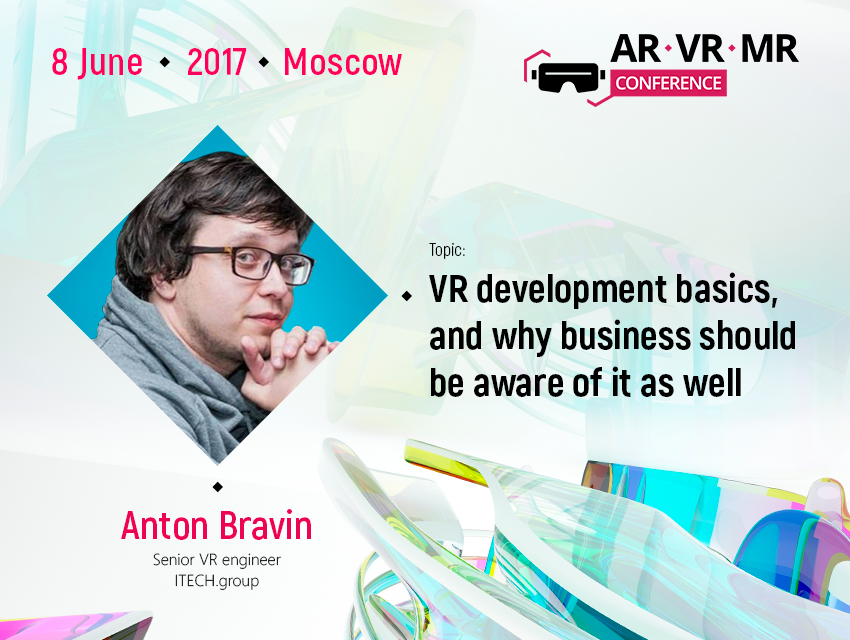 Bravin is a senior VR engineer at ITECH.group. On June 8, the speaker will tell AR/VR/MR Conference 2017 about setting of technical tasks for a contractor and basics of designing VR applications that won’t make your customers feel nauseous.

Speaker will explain how to create VR games without 3D motion sickness and describe how to provide a contractor with a technical task correctly: what should be and should not be ordered.

You will be able to listen to the presentation in the Developers section from the perspective of a contractor and customer.

Five years ago, Anton Bravin developed web applications and then was engaged in game design. Currently, he focuses on VR games at ITECH.group. Speaker has proved himself as a past master and positive person.

ITECH.group is a full-service Internet agency. It creates complicated marketing campaigns, as well as mobile and VR applications.

Register for VR/AR/MR Conference 2017 and become a participant of one of Russia’s largest conferences dedicated to augmented, virtual, and mixed reality technologies.